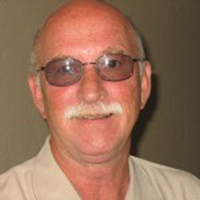 My name is Paul Lawson and I am part owner and president of Shelton Roofing Co., Inc. I have been in the roofing business, with Shelton Roofing, my entire adult life. In the early 1970’s, I began in the business by working on the roofs; I eventually became a job foreman, a salesman, vice-president, and then president. This all occurred after I graduated from the University of San Francisco with degrees in business and economics.

During my years at Shelton, I have kept up my industry education by enrolling in various classes and certifications. I am a past member of the board with the Independent Roofing Contractors of California and have taught a number of classes on roofing and estimating.

My business philosophy is to treat the customer the way I would want to be treated. I endeavor to give my customers honest and accurate advice on what products and procedures to use when performing our services for them. It is not about selling, but about providing a service to make sure the customer gets what he needs. 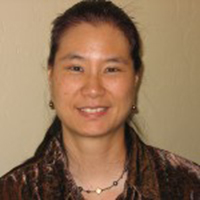 I’m Janice Ogawa and I am the Office Manager for Shelton Roofing. I graduated The Evergreen State College in Olympia Washington in 1987. I’d worked in various other office positions after college and after traveling around Mexico for nine months I joined Shelton Roofing in 1994.

I do all the office work from A/R, A/P to Payroll, Invoicing and answering the phones. I keep the place humming! Come on down and enjoy our tiki bar and putting green. The boss waters the grass religiously and keeps it in tiptop shape. Wallow in our too cool offices on hot days and it’s only $1.00 to “Dunk the Estimator”, you get three balls!

I’m kidding. Everything from the tiki bar to the dunking of the estimator is non existent (wouldn’t it be nice, though?). But we do have an excellent show room! And we usually have cokes in the fridge. Please call ahead to make sure one of our estimator’s is in. 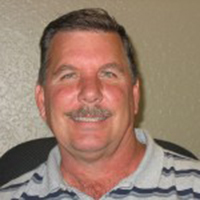 My name is Joseph Stefani and I was born and raised in Santa Cruz, California. I was raised in a family of carpenters, roofers, masons, plumbers, surveyors, and mechanics. This includes the men on my mother’s and father’s side of the family. Growing up, my family did not have a lot of money so I started work at a young age.

I started with a paper route at about 10 years of age and moved up from there. Just before I was 13 years old I started washing dishes on the Santa Cruz wharf where I worked up until I was 16 years of age and was able to get my first car. At that time I was part of racecar team pit crew and found a new job at a tire dealer changing car tires. I graduated from Santa Cruz High School in 1979 and got a job in the parts department of a car dealership. I then moved up to estimating and selling car repairs. I had various other automotive jobs as well. From time to time, I would find myself working on the roofs with my uncles.

I eventually moved into the roofing trade full time at about age 21. I worked for a couple of small companies in Santa Cruz, gaining more and more knowledge. I eventually became a journeyman roofer working for a shop in Watsonville, CA. I became proficient in shingles and built-up roofing, working in the trade for more than ten years.

In 1995 I came to work at Shelton Roofing, learning more and more as time went on. I have worked in the repair department, quality control, roofing, and supervision. Since 2000 I have been employed as an estimator/salesman/supervisor and continue in that capacity today. I am also the safety manager. I now find myself having great knowledge of the roofing business. With new types of roofing and building occurring at a fast pace, there can be new things to learn in this trade every day. 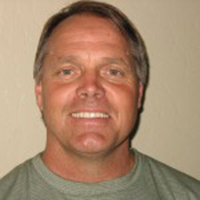 My name is Steve Matthews and it has been an honor and a privilege to work at Shelton Roofing for the past 15 years. I am an estimator/project manager. My tasks include estimating the jobs, scheduling the work, ordering the materials, keeping in contact with the customer and job foreman, amongst other things.

I have been in the roofing industry for 24 years, starting out tearing off roofs, then installing roofs to being the foreman and now to where I am today. I am an honest, hard working person and believe that personal integrity is of utmost importance. Being on time, doing what you say and being honest even when there are consequences are critical traits, which I adhere to. Treating people with respect is how to live in and out of the work place. That is why I say that it is an honor and a privilege to work here at Shelton Roofing because that is what is expected of you as an employee. 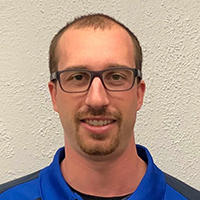 Hello everyone, I would like to introduce myself. My name is Sean Lawson and I am one of the Sales Reps and Operations Managers at Shelton Roofing Co. Inc. I have been in the roofing industry my entire life and, thanks to my father, I have familiarized myself with the lifestyle and business ethics. I embrace my role of managing client jobs from start to finish, and working with inventory for our company, as well.

Moreover, what has helped me get to where I am today was starting my career from the installation to managing phases of installing roofs. I physically worked on roofs while working on my college degree. Then after receiving my Business Management degree from San Jose State University, I moved in to my current, full-time position. I have never felt more motivated to succeed in my life. I am excited to be in a position where I am able to help customers get a quality roof, and at the same time, support a workforce that is eager to install roofs for our customers.

The most important philosophy I have learned in my life is to always treat others how you want to be treated. Whether it is managing employees, or dealing with customers, it is utmost important to always give it your all. I can guarantee that by working with Shelton Roofing Co. every customer will get a quality roof installed by people who care about the quality and outcome of their work!