A Los Angeles Times article published February 28, 2014 depicts the aftermath of a storm that struck a California yearning for any kind of precipitation:

“The bigger, badder of two rainstorms that weather forecasters had predicted arrived on schedule late Thursday, drenching a very parched California while causing a slew of hazards along the way.

Rain and wind knocked out power to thousands of customers north of San Francisco on Friday morning, the San Francisco Chronicle reported. Wind and rain advisories were in effect for the region through Friday night.

City workers in Bakersfield scrambled ahead of the deluge to clear storm drains notorious for clogging during big storms, the Bakersfield Californian reported. And the National Weather Service issued a wind advisory for the Grapevine pass into the Central Valley.

The advisory was one of dozens of winter storm, wind, high surf, flood and rain warnings forecasters issued for counties across the state.”

The storm that passed the Golden State is merely a wet break from an otherwise persistent drought. However, homeowners who feel that their houses have been greatly affected by the inclement weather should not hesitate to call a trusted roofing contractor in Sunnyvale in order to have their roofs checked. 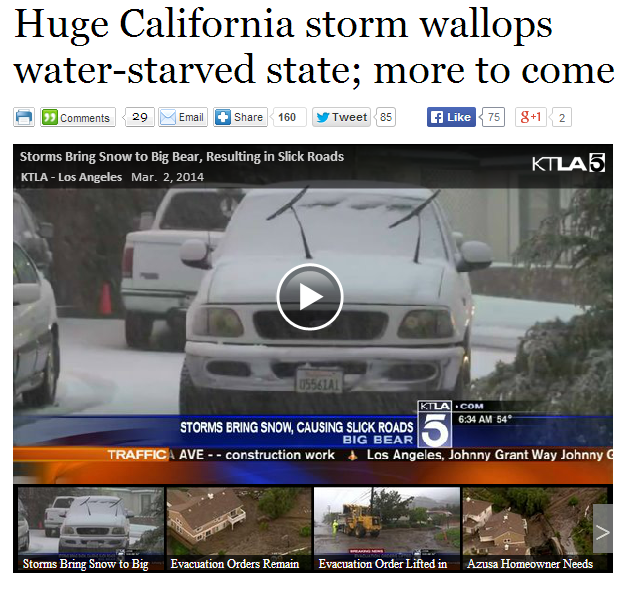 One of the biggest reasons why they should have their roofs checked despite the lack of rain over the past month is due to the possibility of damage. The heat brought about by the drought may have cracked several shingles, and given the sudden outburst and pouring of the rain, it is highly plausible that other parts of the roof were damaged.

This does not even take into account the other factors surrounding the roof. If the house’s roof has been around for decades, then it is probably time to consider replacing the roof and requesting emergency roof repair in Sunnyvale to fix the roof.

Trusted services like Shelton Roofing have the necessary equipment and expertise to make the repair job as safe as possible for both their workers and to the homeowners. They will do good work on the roof, which can also help increase the value of the home.

One may not know when the rain will come, but your roof will almost certainly have been damaged by the sun over the last few months. Call a roofer and see if it is high time to replace it.