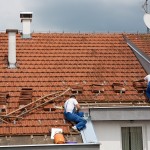 Around the second week of May, a few areas in California received some rain, including the Bay Area of San Francisco, Sunnyvale, Cupertino, Palo Alto, and San Jose as reported by NBC Bay Area News. Meteorologist Ryan Kittell said that the rain shower would be of help to relieve the negative effects of the drought […] Read more » 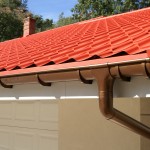 During the second week of May, a storm brought lightning strikes in Menlo Park and Palo Alto in the South Bay, as well as in Concord in East Bay. An article from the Santa Cruz Sentinel indicated that no injuries or fires were reported. Read more » 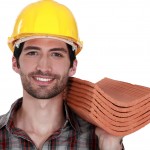 The weather can certainly be unpredictable. Just in March of this year, Californians got a surprise when a hailstorm pelted their beaches and turned them white. USA Today reported that the full inch of hail was from a fast-moving thunderstorm. Read more »

Just like in the similar wet seasons in the past, the recent heavy rains, strong winds, and distressing storms in Menlo Park and other San Francisco Peninsula areas can give homeowners a more concrete idea on the state of their roof. Some may have discovered leaks inside their attic or along their walls due to […] Read more »

Since ancient times, people in areas with hot climates have opted for brightly colored roofs that reflect sunlight with a view to keeping their indoor spaces cool. White or bright-hued surfaces are naturally great at reflecting heat, but cooling rooms below is another story. Now, engineers at Stanford University have come up with a new […] Read more »

There are so many decisions to make regarding the construction of your new backyard shed, and one of the most important questions you’ll have to face is which type of roof to choose. You may find yourself choosing between a gable and a gambrel roof. With a little bit of information, you’ll learn about the […] Read more »

There’s no denying that California is one of the leading states for green and sustainable living in the U.S. The International Business Times recently reviewed a select group of major cities in the country and assessed each of them based on their carbon footprint, eco-friendly regulations, green practices, and the like. Four of the Top […] Read more »

The earthquake that struck Napa, California on August 24, 2014 left hundreds of people injured, many of whom were treated at the Queen of the Valley Medical Center. Unfortunately, the hospital itself also sustained serious damage during the event and repair crews are particularly concerned that the roof may have suffered serious water damage from […] Read more »

As America’s population grows older, so too does the average American house; half of today’s households are estimated to be around 40 years old already. That said, the property condition research firm BuildFax says that many houses in the country may actually be a lot older than their occupants think. Specifically, they say that most […] Read more »

On September 17, 2014, Wildomar and its surrounding areas were hit hard by a thunderstorm, which was arguably one of the strongest the city had ever experienced. Read more »