Summer may bring with it the perfect outdoor weather, but the season is not all sunshine and roses. As residents of California know only too well, summer also comes with unbearably hot weather. Of course, excessive sweating isn’t the only dilemma the scorching temperatures causes. According to this article from Yahoo! News, it can also ignite disastrous wildfires:

“Drought-stricken California is preparing for its worst wildfire season ever, the state’s governor said Sunday.

Gov. Jerry Brown told ABC’s “This Week” that the nearly dozen wildfires that caused more than $20 million in damage mark only the beginning. The state has 5,000 firefighters and has appropriated $600 million to battling blazes, but that may not be enough in the future.

“We’re getting ready for the worst,” Brown said. “Now, we don’t want to anticipate before we know, but we need a full complement of firefighting capacity.”

He added that thousands of additional firefighters may be needed in the future, saying California is on the “front lines” of climate change that is making its weather hotter.”

As the article notes, most of the forest fires occurred in the state’s southern regions, but that doesn’t mean that Northern California is immune to them. In fact, the Santa Clara County—to which Palo Alto and Sunnyvale belong—has set up a special Firesafe Council to protect communities against wildfires given the abundance of fire-prone vegetation in the area. 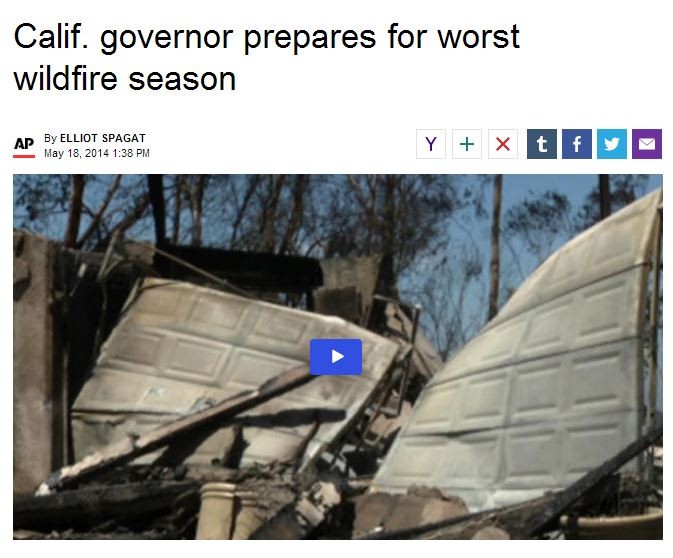 Of course, homeowners, too, can take steps to protect their homes from wildfires. One way is by replacing their roofs with more fireproof alternatives. Many houses destroyed by wildfires were never in the direct path of the flame—instead, they were set alight by embers, which can travel up to three miles from the conflagration before landing on roofs and starting fires.

Fortunately, Shelton Roofing, a trusted roofer in Palo Alto, has been installing fire-resistant slate roofs for 70 years now. Slate shingles are actually made of natural stone excavated from quarries. As such, it will not burn when exposed to embers or even to direct flame. Furthermore, fires are often transferred from roof to roof, so even if your neighbor’s house is aflame, a slate roof can spare your home from the same fate.

Indeed, wildfires are a threat that all Californians have to prepare for. With the help of expert roofers in Sunnyvale and Palo Alto, however, you can give your home a fighting chance against this natural disaster.