A summer heat wave recently sent temperatures soaring in the Bay Area. According to a report by NBC Bay Area, several regions in the area hit triple digits, with temperatures in the Peninsula region climbing to high into the sweltering 80s. 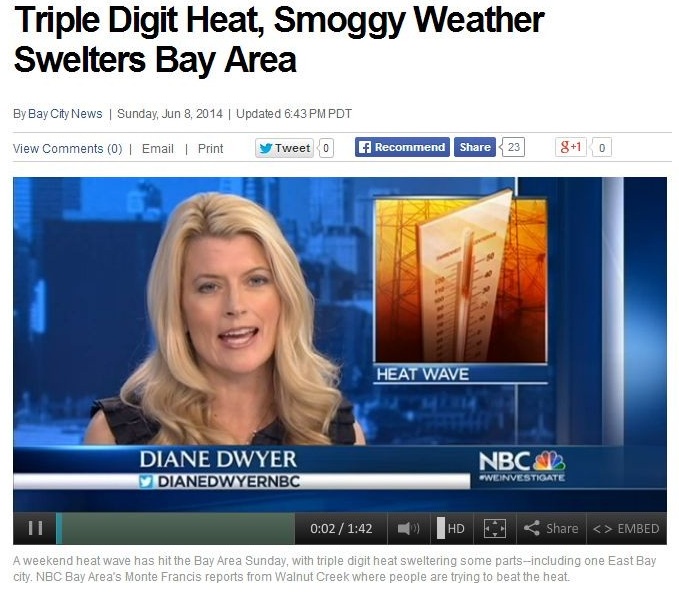 There really is little many people can do to keep cool other than hunkering down with a cool drink or a large cup of gelato, or heading down to the water. Otherwise, staying at home and cranking up the air conditioner could sure help—that is, if you’re willing to take a big hit on your energy bills for the month.

However, if you’re trying to stay cool without breaking the bank, an investment in a cool roof might be a great idea. As your primary protection from the sun, you’d expect that your roof would keep out most of the heat bearing down on you from the sky, but with traditional roofing solutions, that simply isn’t the case.

Most traditional roofing materials absorb light and heat from the sun, which is then transferred into the interior of the home. Cool roofs, on the other hand, reflect a larger portion of the light and heat way from the home. This allows the interior of the home to stay cooler so that active cooling systems don’t use as much energy keeping the household at a comfortable temperature.

While cool roofs can be relatively more expensive initially, their inherent ability to keep temperatures inside the home lower than outside temperature can result in hundreds of dollars in annual energy costs savings for residents. Eventually, this allows a cool roof to figuratively pay for itself.

With temperatures expected to rise even higher this summer—and in the succeeding summers, as temperatures rise around the world due to climate change—homeowners would do well to consider having their homes reroofed by an eco-friendly roofing company in Palo Alto, like Shelton Roofing.

Those who do decide to take on a reroofing or roof repair project this summer can also expect other benefits. Summer is ordinarily the low season for Palo Alto roofing companies, which typically see the majority of business walk in sometime before the rains start creeping into California. As such, some contractors might be able to offer a sizable discount that could make switching to a cool roof even more attractive.